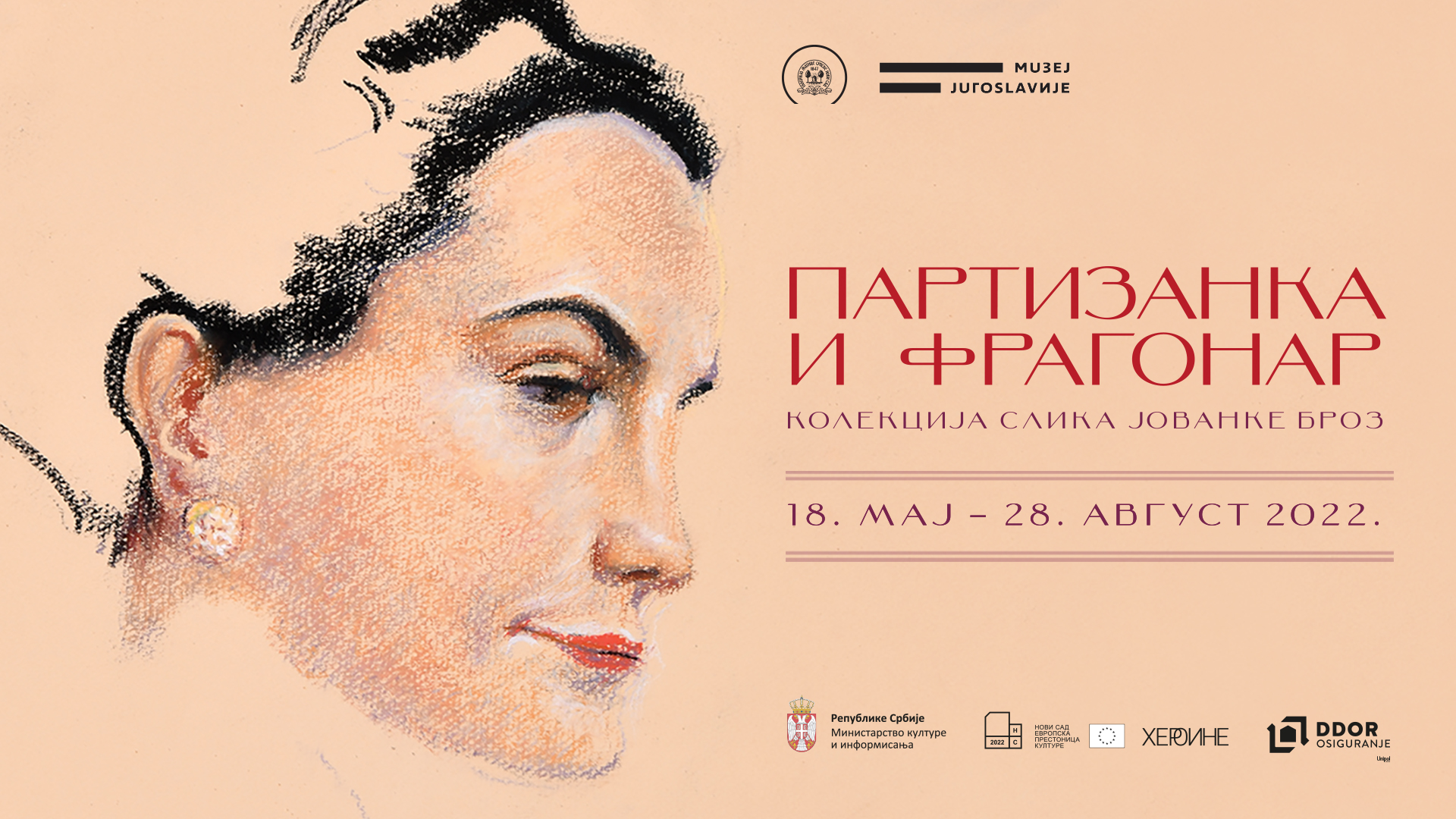 Partisan and Fragonard. Collection of Paintings of Jovanka Broz

The exhibition includes 36 paintings by local and foreign artists, personal belongings, photographs and several pieces of furniture from the house where Jovanka Broz lived after the passing of Josip Broz Tito. For over three decades, Jovanka Broz lived in a memory chamber which she kept on transferring from one environment to another, like a time capsule, trying to replicate as much as she possibly could the ambience of the Residence in Užička 15 where she lived with Tito. This collection appeared spontaneous as a backstage of her life, and in the same manner disappeared.

Displaying these works carries double significance: on the one hand, these are art objects hitherto never seen by the public, whereas on the other, they represent an imaginary museum of memories of Jovanka Broz, allowing us to reassemble pieces and details of her life and create an image of the times in which she lived. In a special way, the exhibited artworks, which spent the last thirty-three years of Jovanka’s life adorning her home, provide an explanation of the phenomenon of Jovanka Broz – her personality, artistic sense, as well as social and artistic circumstances in socialist Yugoslavia.

All 36 artworks went through complex and comprehensive conservation and restoration procedures. They were conducted by the conservators of the Gallery of Matica Srpska, led by senior conservator Marijeta Sidovski. The authors of the exhibition are curators Nikola Ivanović from GMS and Ana Panić from Museum of Yugoslavia.

The exhibition was created in cooperation of the Gallery of Matica Srpska and the Museum of Yugoslavia within the program arch “Heroines” of the European Capital of Culture.

The realization of the exhibition was supported by the Ministry of Culture and Media of the Republic of Serbia and the Foundation “Novi Sad – European Capital of Culture”.

Friends of the exhibition are DDOR Novi Sad and KARE Design.