Technical analyses of artworks based on the methods of natural sciences have become a part of conservation practice, thanks to the progress of analytical methods and their adaptation to the specifics of the examination of cultural heritage objects. The advantage is given to non-invasive methods, in which imaging is among the first conservator tools. These are methods that give an image as a result of testing and include digital photography in different segments of the electromagnetic spectrum. Such digital images have tremendous potential for new levels of analysis, becoming an area of ​​collaboration between specialized photographers, engineers and conservators. They can provide data useful for researching the history of changes on the image, characterization of the material and structure of the image, authentication, dating, and even stylistic analysis. Digital image analysis techniques were applied on icons by Teodor Kračun, Jesus Christ and the Mother of God with Christ from the collection of the Gallery of Matica Srpska, thanks to the Gallery’s cooperation with the Academy of Arts in Novi Sad and the Faculty of Engineering and Architecture at Ghent University. The photographs were processed to analyze the crack patterns on icons and perform virtual retouching. 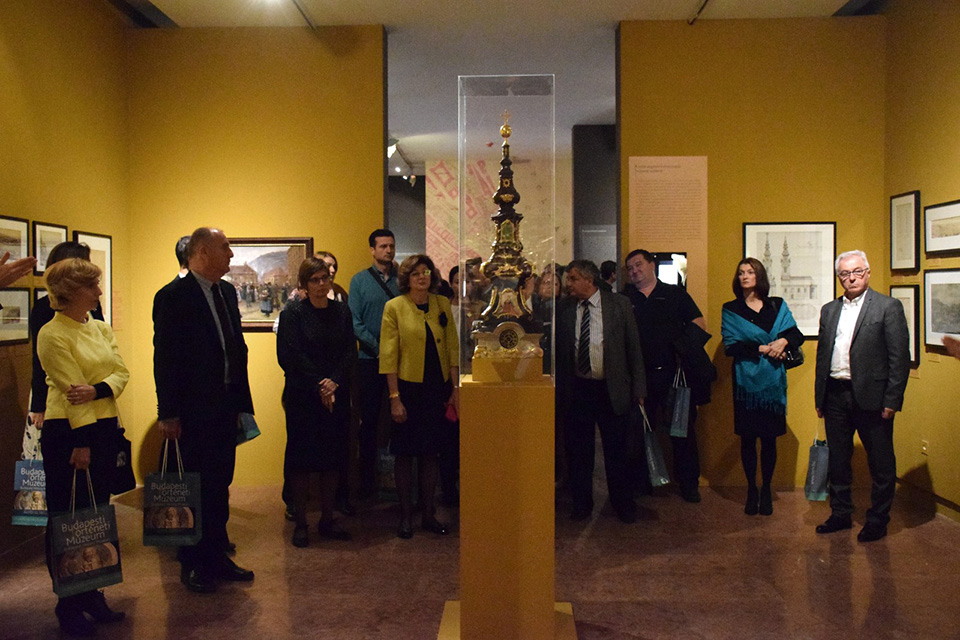 The cooperation with the Museum of the Serbian Orthodox Diocese of Buda in Szentendre lasted for several decades. The main activities were focused on the study and conservation of the fund of the Museum in Szentendre. The crown of these activities was the opening of the permanent exhibition of this Museum in the building of the former Preparandija in May 2019. The Gallery of Matica Srpska had contributed to the preparation of a new permanent exhibition, participating in the conservation and restoration of selected exhibits, as well as in the design of the museological concept and the technical realization of the exhibition. In a decade-long cooperation between the two museums, the exhibits that had been restored in two previous projects Arsenija Teodorović and the Serbian Church in Buda and the Serbian Religious Art in Hungary had also found their place in the new exhibition setting.

The project included the study, conservation, restoration and exhibition of 34 icons from the collection of the Gallery of Matica Srpska, which belong to the tradition of icon painting, as a unique artistic expression of Serbian artists made in the period of transition, between tradition and modernity. These icons were exhibited in 2015 at the National Gallery of Umbria in Perugia (Italy), as a part of the multi-year project Parallels. The result of the project is also a bilingual Italian-English catalog on the tradition and characteristics of icon paintings Zografi. Icone Serbe fra Tradizione e Modernita. Paralelli / Zografi. Serbian Icons between Tradition and Modernity. Parallels. The publication is available at the GMS Shop. 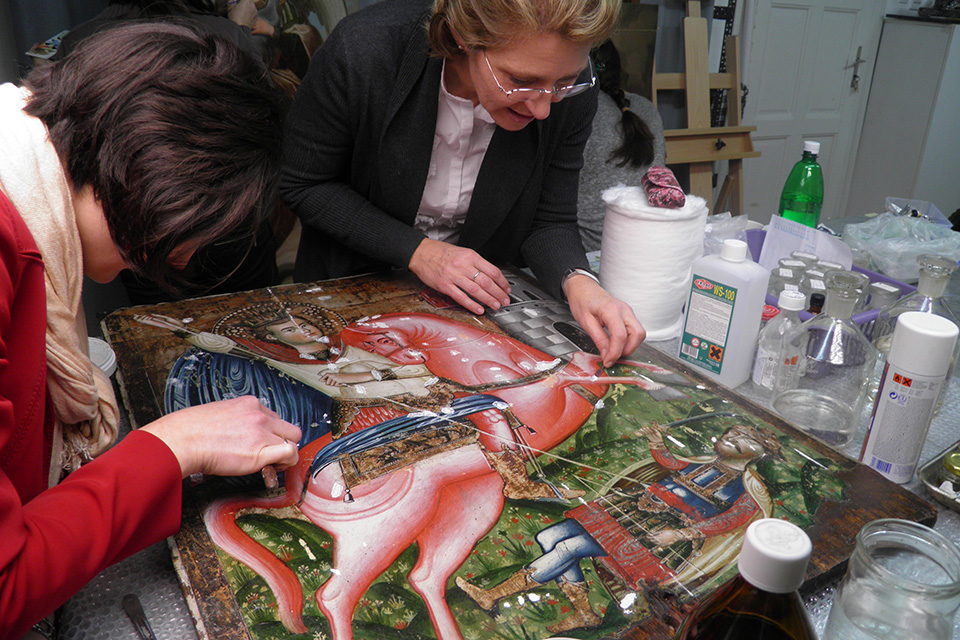 This project included the study, conservation, restoration and exhibition of 73 icons, all works of the painter Arsenije Teodorović and the woodcarver Petar Padić, from the former Serbian church in Buda (Hungary). The church was demolished in 1949, and the icons have been preserved at the Museum of the Serbian Orthodox Diocese of Buda, situated in Szentendre. The conservation project lasted for five years. After the completion of the project, the icons were exhibited in the Gallery of Matica Srpska. Finally, after almost 70 years since the demolition of the church and the dismantling of the iconostasis, it was shown again to the public in one place as a whole. In parallel with the conservation, important historical and archival research was brought out, revealing an abundance of new data, published in a monographic study Arsenija Teodorović and the Serbian Church in Buda and in a documentary film.

Religious-Art Collection of the Bishop’s Palace in Timisoara

The project included conservation, restoration and exhibition of selected objects from the Serbian Orthodox Diocese of Timisoara. A selection of 50 items including portraits, icons, archives and objects of applied art had been preserved in the Gallery of Matica Srpska. In the course of the conservation works, the solutions for the conservation of a series of episcopal portraits with historical inscriptions on the back can be considered as the highest achievement of this project. The lack of formal museum infrastructure of the Serbian Church in the Diocese of Timisoara imposed the need for finding a suitable solution for setting up the collection, so that it would be accessible to the public. The exhibition of the Treasury of the Diocese of Timisoara was created in the renovated premises on the first floor of the Episcopal Palace, which is located on one of the central city squares. The research and conservation of the Serbian religious heritage conserved at the Treasury was one part of the study, as it was enlarged with the documentation about other important Serbian church and artistic heritage in Romania. The publication is available at the GMS Museum Shop.

The project included research, conservation, restoration and exhibition of 39 icons, paintings and small religious furnishings from the fund of the Museum of the Serbian Orthodox Diocese of Buda. After the completion of the works, the objects were presented at the exhibition held in the Gallery of Matica Srpska in Novi Sad (2011), then in Szentendre (2012), and finally in Brussels (2013) and Moscow (2014). As for the complexity of the restoration, the royal doors from the church in Vemen stand out, now permanently exhibited in the new museum setting of the Serbian religious-artistic heritage in Pecs. As a result of this project, the catalogue “Serbian Religious Art in Hungary” was published, available at the GMS Museum Shop.

Visit The Gallery of Matica srpska

Experience Serbian art and enjoy the unique ambience of the treasury of national culture.