“Traveling exhibitions” make a special part of the exhibition activities of the Gallery of Matica Srpska. The aim of these activities is a wider presentation and promotion of the art collection and artistic heritage that the Gallery treasure, in cooperation with other museums, galleries and related institutions in the country and the region. 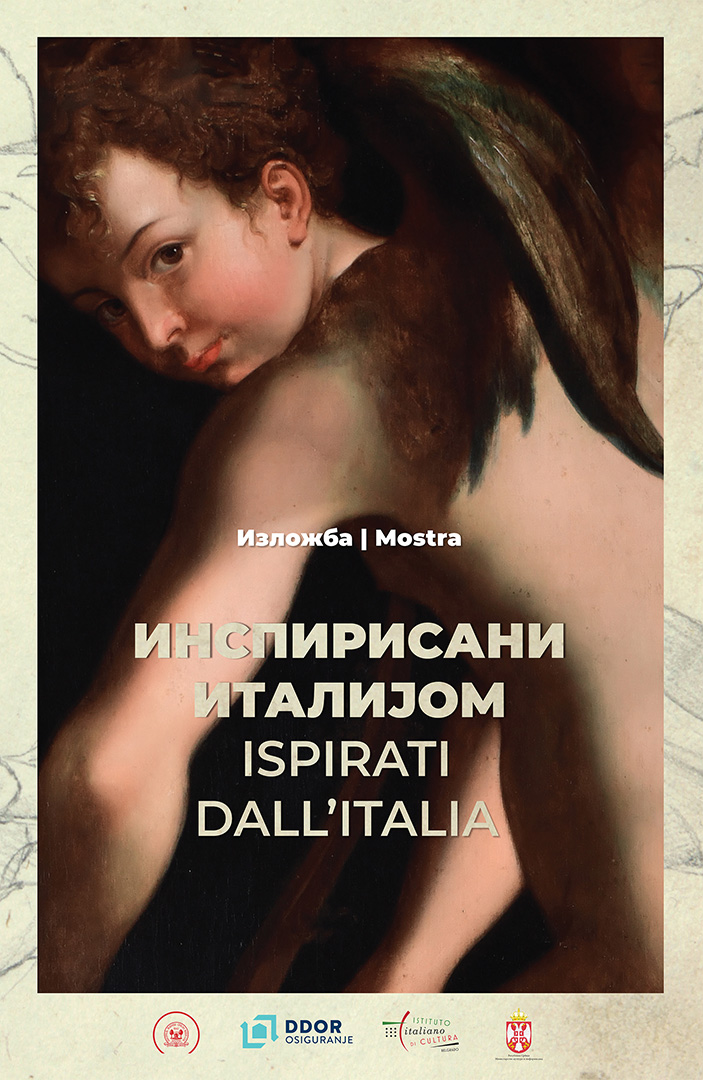 The exhibition Inspired by Italy is dedicated to Serbian-Italian cultural and artistic ties, mostly to Serbian artists who found their role models and incentives for their work in the artistic tradition of Italy. The 30 chosen artworks from the collection of the Gallery of Matica Srpska visually represent the Italian “experiences” of Serbian artists: Aksentije Marodić, Jeftimije Popović, Jovan Popović, Novak Radonić and Pavle Simić. In addition to copies of Italian masters artworks’ such as Parmigianino, Guido Reni and Pompeo Batoni created by Serbian painters during their stay in European art centers or in Italy, the exhibition also presents drawings of Italian cities and landscapes, as well as graphic sheets of foreign artists – Raphael, Titian and Annibale Carracci. Through these variety of artworks, the audience indirectly get acquainted with Italian art, but also learns how it influenced and inspired the education of Serbian artists, regardless of whether they were educated in Italy, gave a study visit to Italy, were on a study visit to Italy, or gained knowledge observing artworks by Italian artists which they had a chance to see in the cities of Europe.

In addition to the original works of Serbian artists, the exhibition also consists of the following material: 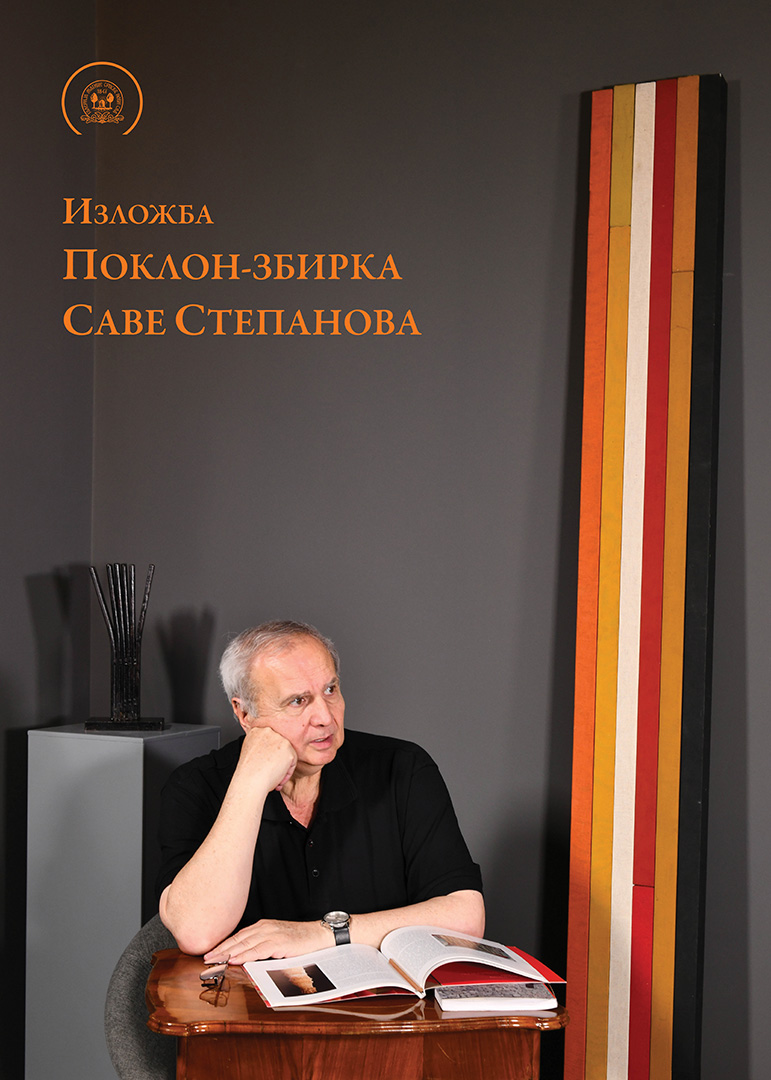 The Gift Collection of Sava Stepanov

As an art critic who supported, helped and encouraged artists for several decades, Sava Stepanov formed a significant collection of artworks, which he finally donated to the Gallery of Matica Srpska. His gift collection is made up of 75 artworks done by 57 authors, all created in the Vojvodinian art space in the period between the 60’s and the beginning of the 21st century. In addition to the diversity of artistic expression, Sava Stepanov’s Gift Collection shows an exceptional wealth of techniques and technologies for making artworks, as a feature of postmodern art. All these works were created as a product of various artistic lines and aspirations. Therefore, they can only be roughly placed in the categories of conceptual art, neo-expressionist practice and geometric abstraction. At the exhibition, the artworks of some of the most famous Vojvodinian artists of the second half of the 20th century are presented, such as: Balint Szombati, Andrej Tišma, Jozsef Acs, Pal Dečov, Vera Zarić, Dragan Matić, Lazar Marković, Zvonimir Santrač, Mira Brtka, Goran Despotovski, Slobodan Knezevic, Dragan Stojkov, Vladimir Tomica, Sava Halugin and many others.

In addition to the original works of Serbian artists, the exhibition also accompanied the following material: 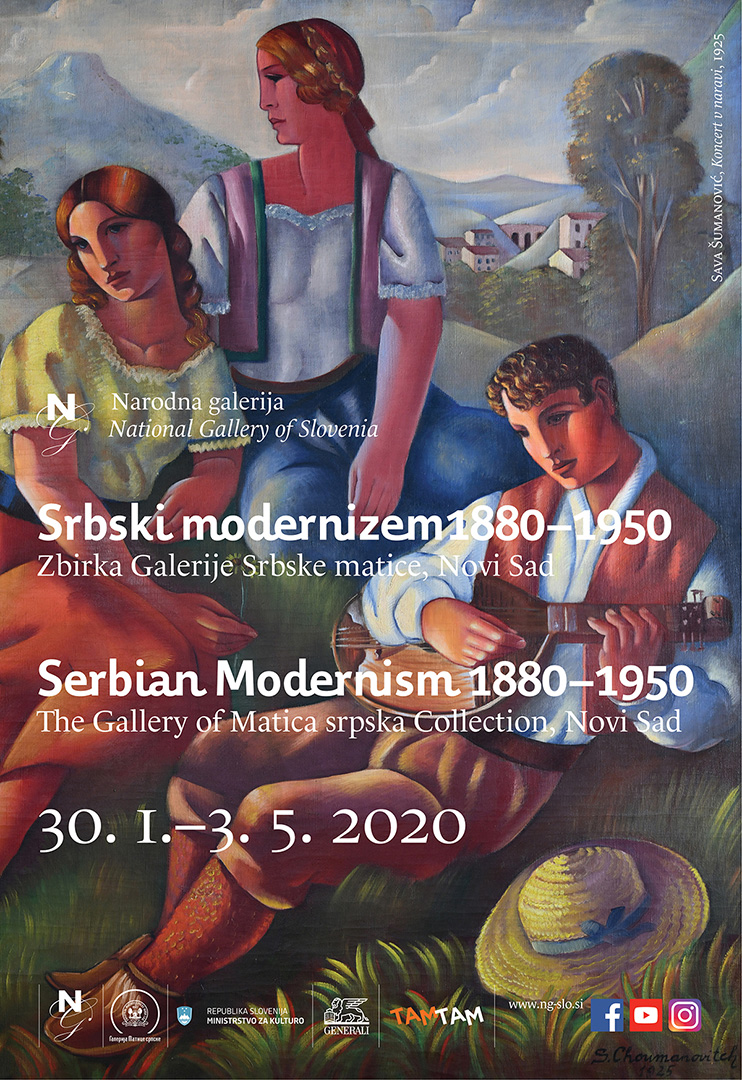 The exhibition Serbian Modernism 1880‒1950 from Gallery of Matica Srpska collection, numbers 86 artworks – 75 paintings, 7 sculptures and 4 graphics – and comprehensively illustrates Serbian fine art, its models, determinations and achievements from the last decades of the 19th c. to the middle of the 20th c. The works of 50 authors present their path from realistic orientations, gained under the influence of art academies in Vienna and Munich, to modernism of the 20th century when they stayed in Prague, Budapest and finally in Paris, the center of artistic modernism of the 20th century. Therefore, the exhibition demonstrates the development pathways of Serbian fine arts from the ideas of realism, impressionism and symbolism to current expressionist and intimate expressions. All these artistic styles are expressed through religious and historical compositions, but also through the thematically choices of portraits, landscapes, nudes and interiors. Along with the most famous and most representative artists such as Uroš Predić, Paja Jovanović, Steva Aleksić, Ivan Tabaković, Nadežda Petrović, Petar Dobrović, Sava Šumanović, Milan Konjović and Petar Lubarda (with whom the exhibition ends chronologically), the works of perhaps less known painters, are also exhibited. All of them left their mark not only in the history of Serbian art, but also in the collection of the Gallery of Matica Srpska.

In addition to original artworks, the exhibition is accompanied by the following material:

European Phenomena in the Collection of the Gallery of Matica Srpska

Eighteen of the most representative works of art from the exhibition European Phenomena in the Collection of the Gallery of Matica Srpska were printed on canvas and paper so that the broader audience in the country and the region has the opportunity to see a possible reflection on European values ​​and phenomena in interaction with artistic ideas. Thus, a kind of “traveling exhibition” was created and the possibility was opened for a great number of people to get acquainted with selected works of art through these digital prints. The exhibition presents artworks by Serbian and foreign authors, from different epochs, performed in various techniques, and finally united in order to think over the phenomena and values ​​on which European civilization is based on. Consequently, four themes and unities singled out and were presented at the exhibition: Heritage, Freedom, Progress and Diversity.

The exhibition of digital prints consists of the following accompanying material: 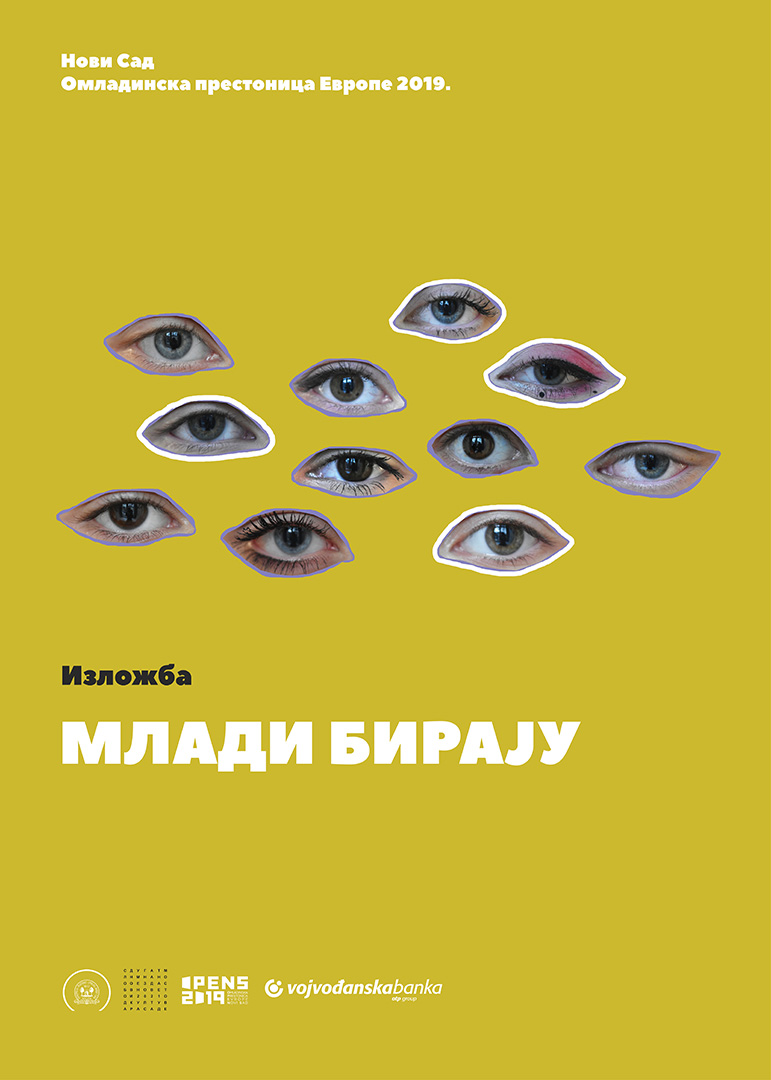 As a result of the project for young people, the Museology for Beginners, the exhibition Youngsters Choose was created, presenting 40 selected artworks chosen by 11 high school students from Novi Sad. As part of the project, they researched the collection of the Gallery, had a discussion on various interests of young people through socializing, and created the exhibition that deals with three themes: The Time Machine of the Society, The Beginning of the End and And Who Am I? presenting the artworks from the Gallery in a different way, through the eyes of the youngsters. Working on this exhibition the young people were encouraged to independently express their ideas and attitudes, and to become a part of the cultural life of their city and museums.

In addition to the original artworks from the Gallery’s Collection, the exhibition also consists of the following material:

Visit The Gallery of Matica srpska

Experience Serbian art and enjoy the unique ambience of the treasury of national culture.