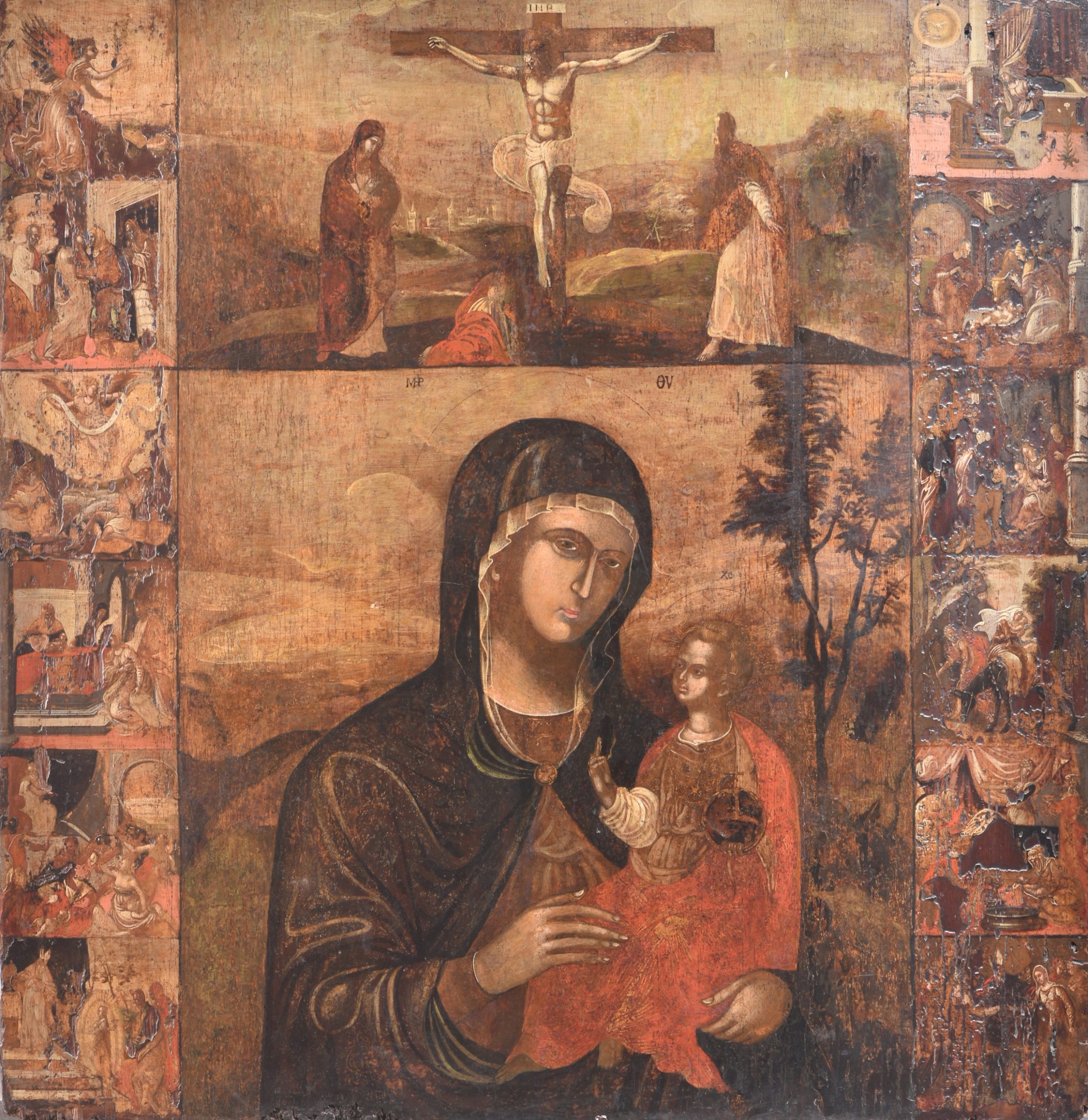 The project Migrations in Art • Art of Migrations

The art of one of the most important artist of the European renaissance and mannerism – famous El Greco, will be part of the first international exhibition of the Gallery of Matica Srpska in the year of Novi Sad – European Capital of Culture – Migrations in Art • the Art of Migrations.

The icon Mother of Consolation, from the Serbian Orthodox Church St. John in Benkovac (Eparchy of Dalmatia), is attributed as an early work of this famous sixteen century painter. Like his life and work link two worlds – byzantine orthodox heritage and European art of renaissance, the research of the icon of Virgin Mary will connect humanism and science. Thanks to the cooperation of Ormylia Art Diagnosis Center from Greece, the science analysis and study of this artwork will be done using the newest technological methods, with the aim of determining the authorship. In order to bring the story of the icon and the artist closer to the public, all those interested will have the opportunity to hear the results so far and learn how science can be in the service of art through the presentation of experts from Greece and GMS.

The Gallery of Matica srpska within the framework of Novi Sad European Capital of Culture 2022 will realize project Migrations in Art • The Art of Migrations – international exhibition which deals with the phenomena of social migrations reconsidering its historical and present context, reasons, and the effects of migrations on societies and individuals. The exhibition, organized from February to April 2022, will present the national and European art of the past, as well as contemporary art production as a reflection of actual migrations. The wider context of migration in the history of European art will map significant artists and artistic phenomena in European art that are the result of constant historical migration of individuals, as a reminder of a phenomenon that has greatly influenced and shaped Europe and the European culture, as we know it today. One of those artist is the famous El Greco (Domenikos Theotokopoulos), important figure of the European renaissance and mannerism, that migrated from Crete to Italy, a further to Spain.

The realization of the project Migrations in Art • the Art of Migrationswas supported by the Foundation Novi Sad – European Capital of Culture, Ministry of Culture and Media of the Republic of Serbia, Provincial Secretary for Culture, Media and Relations with religious communities. The research of the icon Mother of Consolation was also supported by Eparchy of Dalmatia and Museum of the Serbian Orthodox Church.

Exhibition Room on the 2nd floor 'Modernisms', The Gallery of Matica Srpska